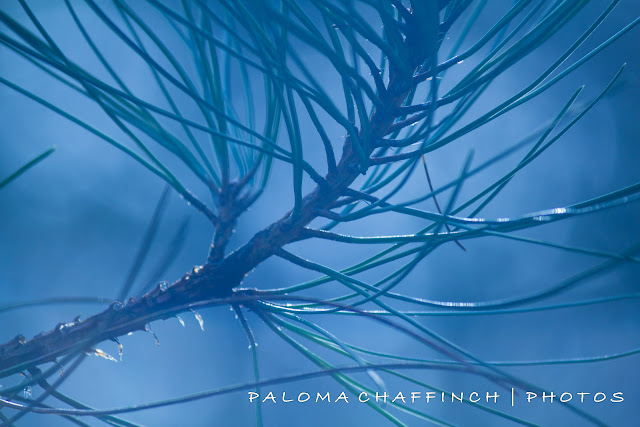 It was a lovely morning for photographing in the woods today. Last night it rained but this morning the sun was out and glinting off the wet foliage. I tried hard to catch the sparkle on this pine sprig but there were so many other branches around it I was finding it difficult to focus on the one I wanted. Add to that the fact that I was standing on very uneven ground so the camera was wavering about as I tried to focus and the result wasn't quite the one I'd hoped it would be. But to be honest I really like it - it almost looks as if it was taken in low light but it wasn't. Another successful failure maybe? 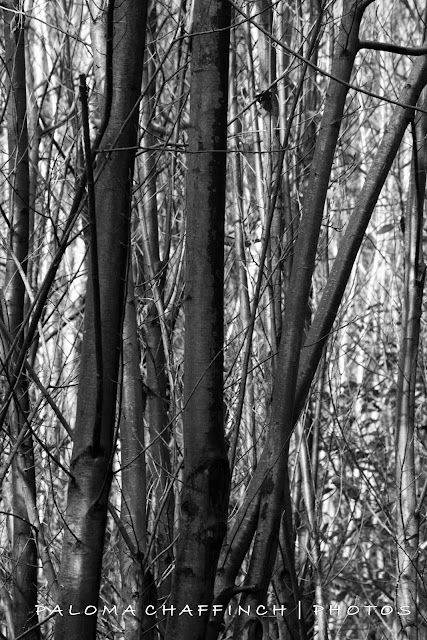 I thought the linear aspect of this image would translate well into black and white. There's rather a confusion of small branches behind the trees which detracts from the impact though.
Posted by Angie Willis at 18:17