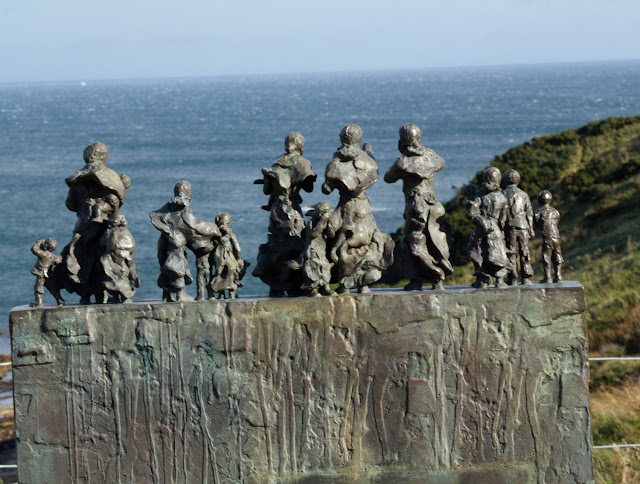 This monument, depicting women and children watching and waiting for their fishermen husbands, brothers and sons to return to harbour, commemorates the loss of 189 lives to a huge and violent storm off the eastern Scottish coast in 1881. There are three identical statues located in the three villages which lost sailors. This one stands above Cove harbour, a tiny harbour tucked beneath the cliffs.  It's a very moving statue. The storm claimed four of Cove's five boats and 11 of its 21 fisherman. 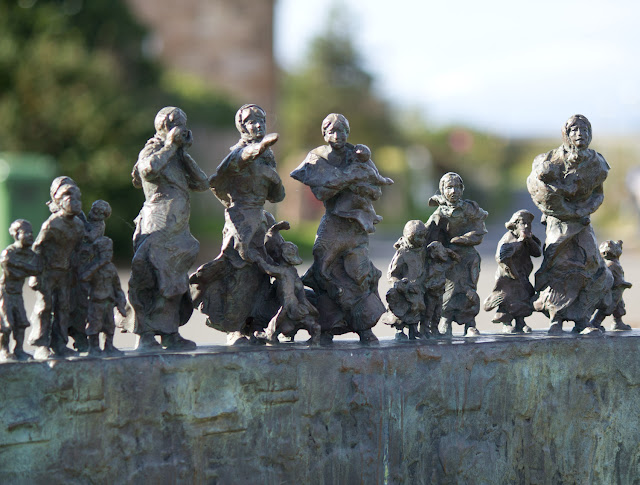