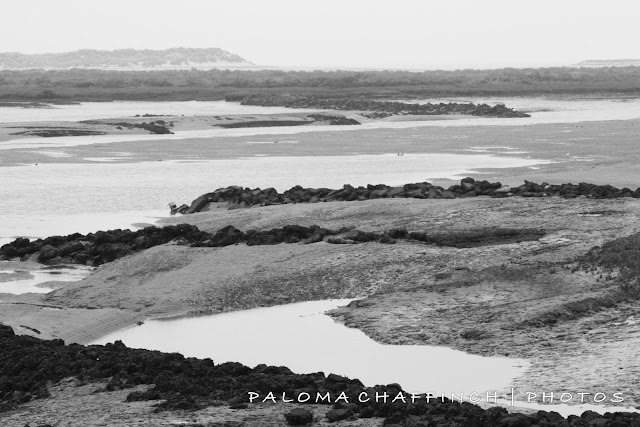 It's been a dreadful grey, rainy day today - even worse than yesterday. I stood outside this afternoon taking a series of photographs of the same image at different shutter speeds with the camera hand held as part of my course. It was to find the speed at which the image began to break down and lose its sharpness. I froze to death and by the time I'd finished I couldn't feel my fingers. I must put some fingerless gloves on my shopping list - I think I'm going to need them!

I found the picture above among the photos I took early in October when we were on holiday in Norfolk. It looks better in black and white than it did in colour - more dramatic I think. The lines of rock give it the contrast that black and white photos need. It's a shame there wasn't a strong blue sky that day which would have given more interest at the top of the photograph, but this is England!!
Posted by Angie Willis at 16:58