Images from the Forest 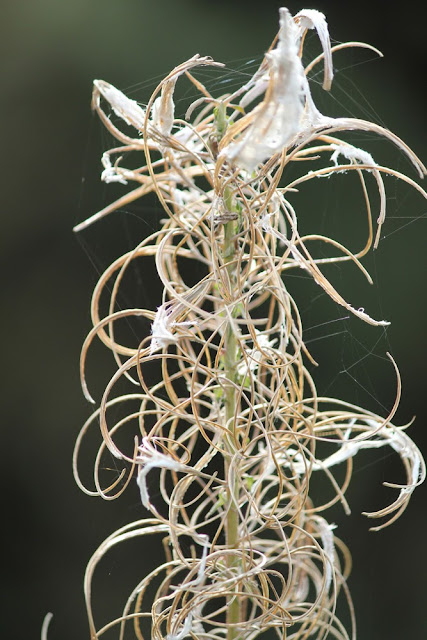 I am just incredibly pleased with this image. It's everything I wanted it to be. And I took it as an afterthought, after I'd loaded Misty into the car and had started the engine to go. I looked out of the windscreen and saw this stand of dying plants and got right back out again. The focus is absolutely spot on and you can even clearly see the cobweb attached to the plant. I know, I know - I'm blowing my own trumpet! 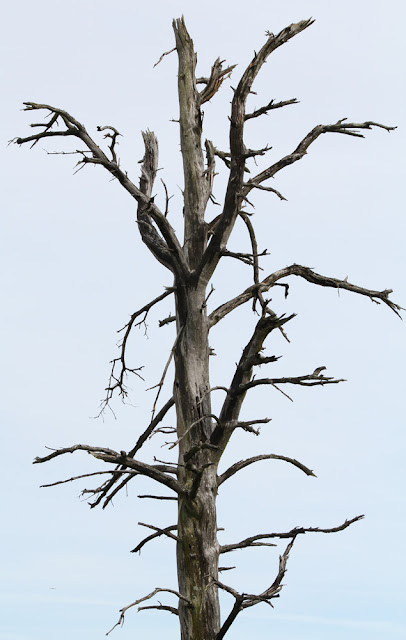 This is one of many dead trees on the forest that I've kept meaning to photograph. I would have photographed the whole tree which has been nibbled away by deer at the bottom to the stage where it won't be long before it just falls over for lack of support.  But I thought the skeleton needed clear sky behind it to show up its starkness. 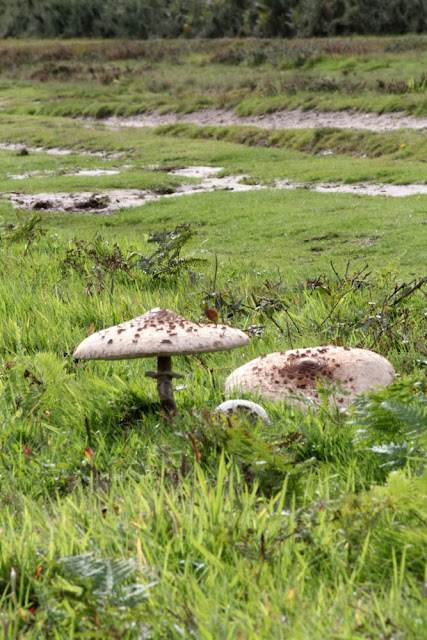 I saw these huge mushrooms and decided to make them an exercise in exposure. I was looking for as much depth of field as I could get so they could be seen in the context of their surroundings. I'm quite pleased but the focus has fallen off right at the front I think. It was taken at f/32, 1/50 sec, ISO 400.
Posted by Angie Willis at 17:06