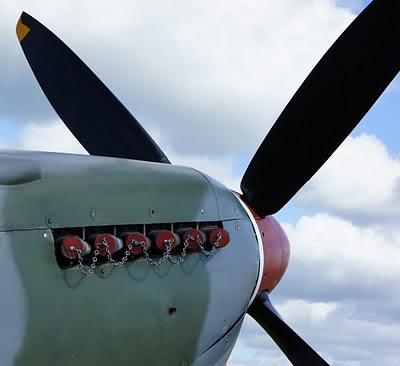 These are the last photographs taken with my Sony NEX-5. I collected my new Canon 550D today and as I write this the battery's charging up!

These were all taken at the Goodwood Revival meeting. For those of you who don't know, this is held annually at the Goodwood racing circuit in Sussex, UK. The three-day event features racing cars from the 1940s, '50s and '60s. There are also vintage aircraft from World War II, some of which take part in flying displays and 'dog fights' over the circuit. 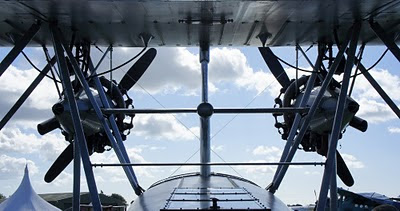 This photograph of a flying boat was taken from the rear, looking up along the fuselage to the twin engines. I was shooting into the sun and was a bit worried about exposure but I think it looks fine after a couple of small tweaks in PSE. 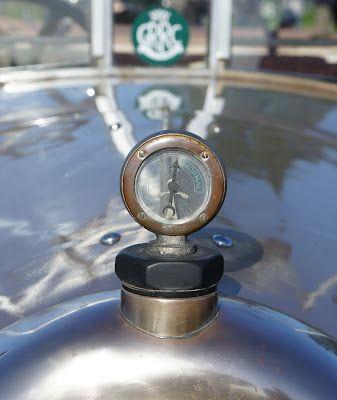 This is a bonnet ornament on the water tank cap of an old car. I wish I could tell you what it was but, stupidly, I forgot to take something to make notes in about my photos. I think my husband who was with me might have been a bit cross if I'd taken too long over my photography too. It's best to try and do serious photography on your own, especially when you're on a learning curve! 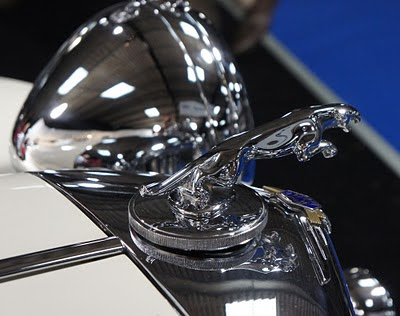 This is the famous Jaguar bonnet ornament, instantly recognizable. I quite like the reflections in the headlight. I took another shot straight on which had a nice symmetrical arrangement of lights on and around the grille but it did't work out as well as I'd hoped.

It was a great day out - not too hot but mainly sunny. I found that shadows got in the way of a lot of the shots I wanted to take - there were a lot of people there and the shadows confused many of my attempts.

The next photos I post will be taken with my new best friend!
Posted by Angie Willis at 16:32